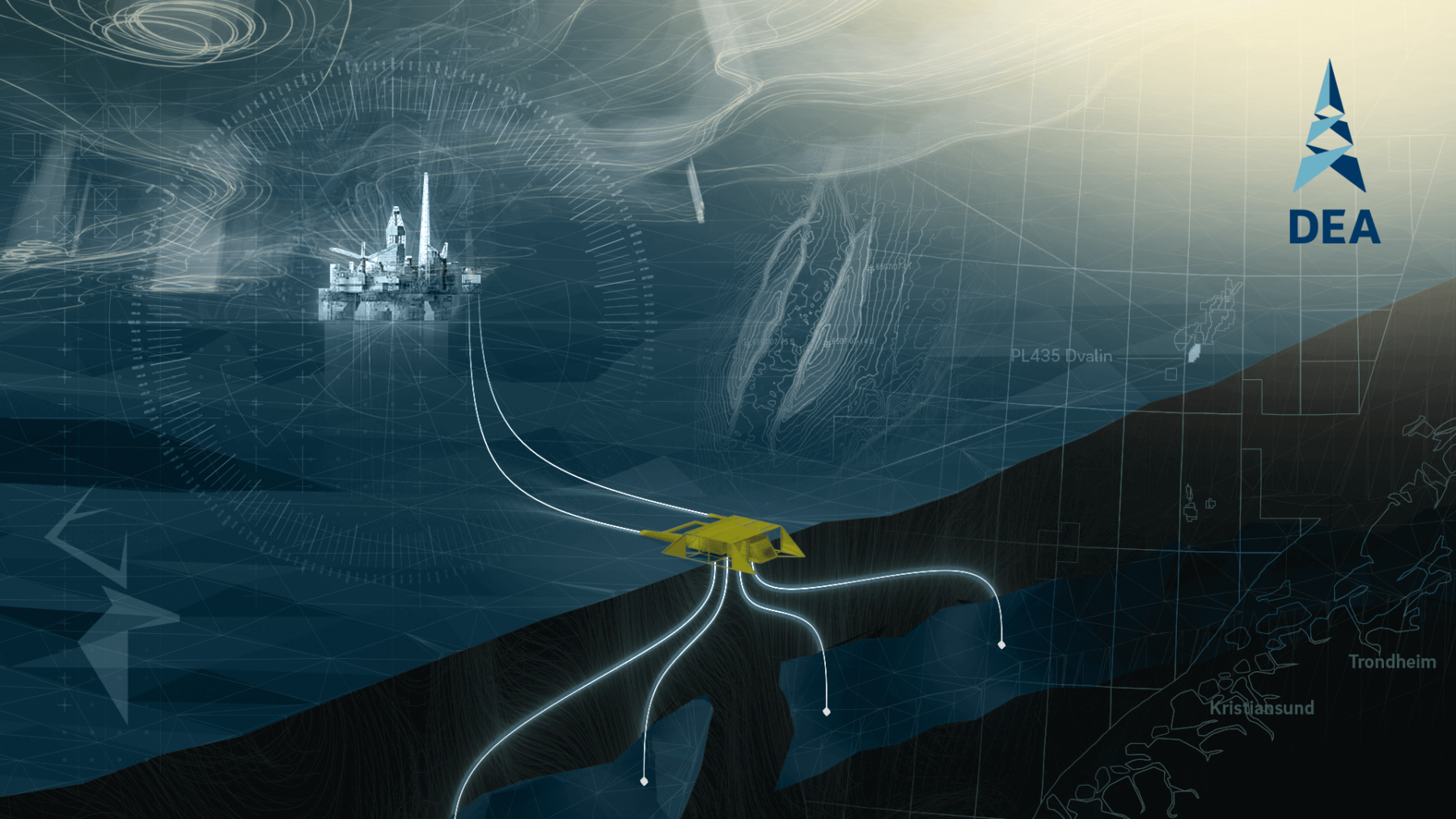 The Dvalin field development is a conventional subsea tie-back to the Heidrun TLP. The development concept is a subsea 4-slot template with four production wells, two into Dvalin East and two into Dvalin West. The subsea template is tied-back to Equinor operated Heidrun platform through a 15 kilometre pipeline. A new 3500 tonne process module is installed at Heidrun as a part of the Dvalin project.

The gas in transported through a new 7.5 kilometre export pipeline, routed into Polarled and further to the Nyhamna gas receiving facility. At Nyhamna, the gas is further processed before being exported as dry gas via Gassled to the market.