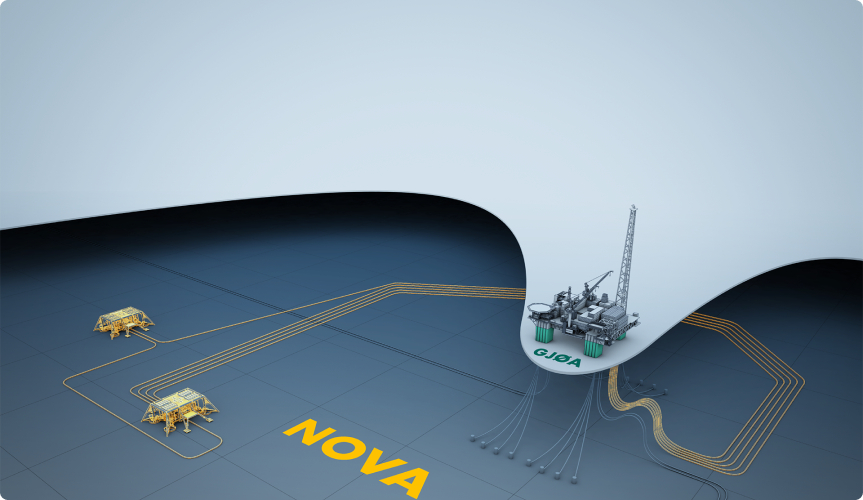 The Nova Development is located in the northern part of the North Sea, 17 km southwest of the Gjøa field. It was discovered in 2012 and appraised by three additional wells. The reservoir contains oil with a gas cap in sandstones of the Late Jurassic Heather Formation.

The Nova field is being developed as a subsea tie-back to the Gjøa platform, with two 4-slot templates, one for production and one for water injection. The field will be developed with three oil producers and three water injectors. The well stream will be processed at Gjøa. Oil will be exported through the Troll Oil Pipeline II to Mongstad, and the gas export will be via the FLAGS pipeline to St Fergus, Scotland. Production start is expected in the second half of 2022.